The long tail of Academic art

I was struck by this mural ad for China Airways in Schiphol airport. 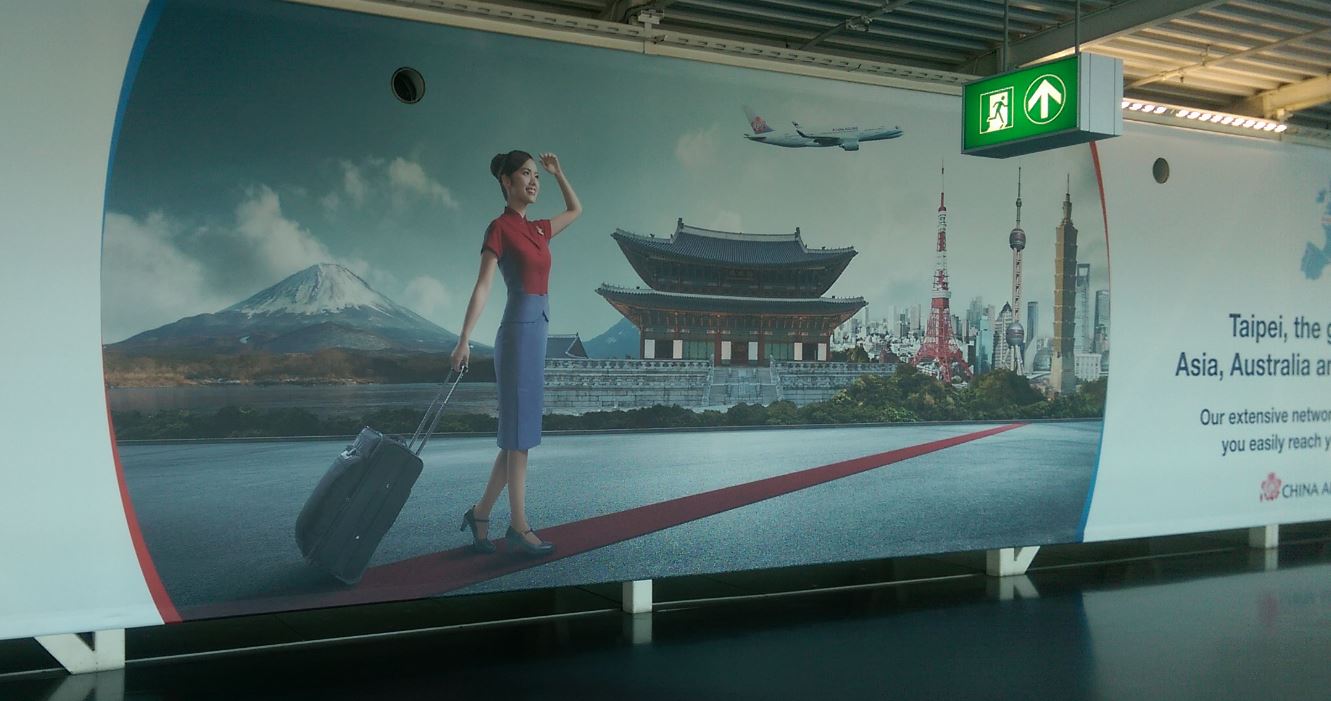 Its hyperrealistic style, with sharp contours and primary colours, recalled socialist-realist propaganda posters of the Mao era but also the glamour photographs of glossy magazines. Both go back, I believe, to an art style I call Academic Romanticism (explained in ERNiE): the traditional classical art forms taught in the European art academies, inflected by the Romantic fresco revival of the Nazarenes. Murals in 19th-century Germany are a prime example. Academic Romanticism survived as a style for government commissions and for the upper-middle-class conservative public, at a time when artists were already developing into Impressionism and beyond. The last vestiges of Academic Romanticism were the easy-on-the-eye glamour of totalitarian art, and, as some have pointed out, glamour photography for Holywood and glossy magazines. While its patron in the 19th century was the nation state, in the 20th century Academic Romanticism thrives under the twin patronage of totalitarianism and corporate capitalism.

On 22 June I retired from the chair of Modern European Literature at the University of Amsterdam. My valedictory lecture was entitled "Hiding in the Popcorn: How Romantic Nationalism survived into the 21st Century". A video recording of the event can be found here, and the text text of the lecture is here.

As a cultural historian studying stereotyped representations of national characters (‘imagology’) I am often asked by my social-scientific or social-historical colleagues how I can determine the representativity of the literary material I study. If, in studying the English image of Italy, I draw on George Eliot and E.M. Foster, is that not a very restricted and rarefied data sample, almost a random stab in the dark? What wider conclusions could possibly be drawn from such a minute sample regarding ‘the’ image of Italy in England, or attitudes generally vis-à-vis Italy as current in England?

That ‘representativity’ challenge mistakes the cultural and social meanings of the word. A representation in the cultural sense is a symbolical construct (usually verbal or visual) aiming to give a mimetic simulacrum of the real world; a social representation is a certain actor or portion of society acting on behalf of others. To justify the word in its former meaning in terms of its latter meaning is misleading and irrelevant.[....]